Vizlib Team
started a topic about 3 years ago

Alternate states have been added to the Vizlib Container Box 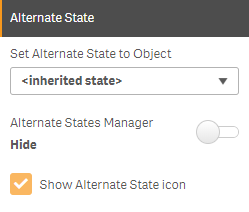 Two nested containers produced errors when loaded on the sheet

- [VSP-1000]: Container Box appears blank after initial setup when only one object is added

- [CL-927]: Console error when adding an extension to Master Item