L
Luke Cragg
started a topic about 1 year ago

For a while I have had a table with 1 dimension and many custom measure columns.

Clicking the measures had a number of 'Selection in Field' actions setting static values. By default it would also select the dimension which was desirable.

Since an update however the dimension selection is now not applied and I am trying to get the dimension for that row selected however I have not got it to consistently work correctly.

I tried adding a new action after my other actions simply setting the dimension field to itself like so however it either doesn't work, takes 2 clicks to work or won't change if I select another row.

I have also played around with the interactivity settings to no avail.

Does anyone know the correct solution. 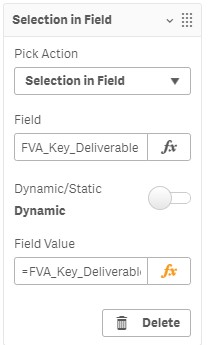