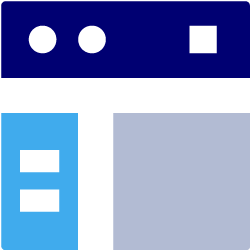 You would probably expect a list of variables to be trimmed (spaces removed before and after the variable name). This is now the case. If you (for some mysterious reason) was using a space and wanted to have it that way you will have to replace it with something else. (There is a "hard space" if you really want something that looks like a blank space. :-)

In some situations the Toolbar would wait for way too long before displaying the extension. (You would notice this both from the general slowness but most of the time also a cancel-button would appear.) This had to do with a previous workaround for Qlik printing not waiting long enough for items to appear. We have tested printing extra carefully and this fix should not have a negative impact but of course do let us know if something is amiss.

This was a general problem with reload actions in Vizlib and the fix for that is included in this release.