E
Eduardo Palacios Gonalves
started a topic about 1 month ago

The International Business Communication Standards (IBCS) are practical proposals for the design of business communication.

In addition to the standard line, column and scatter charts, it uses waterfalls, variance charts and overlapping bars/columns. These are used to create IBCS-compliant reports and interactive dashboards: for example, vertical waterfall charts are effective in displaying structural contributions to a total, or a variance chart would be used to show the change between two scenarios, with red representing a bad change and green a good one. In general, IBCS recommendations call for simple charts in black & white. This is because the IBCS philosophy is that colors should be reserved for more important things. Variances, for example. While red denotes negative variances, green denotes positive variances.

The 'Unify' rule of the SUCCESS formula states that semantic notation should be applied all components of a report. Content that means the same should look the same.

Currently, the Financial Controllers from the Procurement team are very used to seeing their visualizations using this IBCS design standards. This also allows for easily print reports, if necessary, having a clearer differentiation between the bars.

We would like to have the possibility to customize the bar charts using, instead of plain colors, with patterns. These patterns would be simple, like stripped, crossed stripped, and empty pattern (so to say, only and outline would be visible).

The goal of this feature is to provide the users the same type of visualizations they are used to. We also see this as a great enhancement for Vizlib visualizations, meaning that more users around the globe could benefit from this new design feature.

In the following picture, we can see the current Year (YTD) as black fill, PY values as grey fill, Plan and Target values with white fill (and black outline) and Forecast values as stripes. 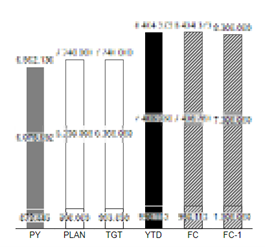 The stripes should be able have different coloring (FC and FC-1): 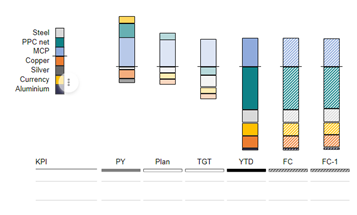 And there could also be other patterns (in IBCS, FC lin. is shown using crossed stripes). 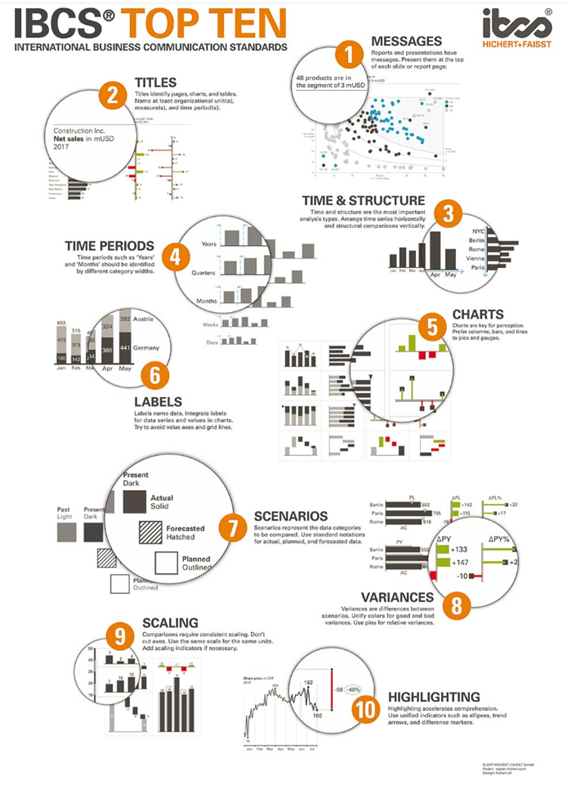