Vizlib Scatter Chart includes a number of algorithms for Clustering data points and recognize patterns in your data set.

What is a cluster?

A cluster refers to a collection of data points aggregated together because of certain similarities. In the image below you can see clear groups that have been defined by our algorithm, creating 5 well defined clusters based on shared similarities. 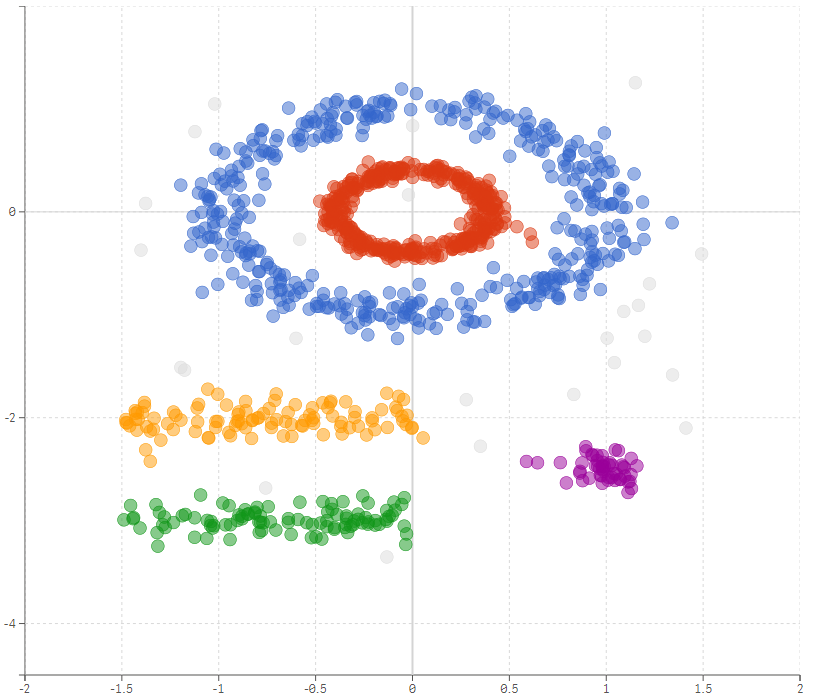 For the majority of businesses, clustering can provide immediate benefits. Some of the use cases are below:

Given the lower level of complexity in the K-Means algorithm, we include an option here to surround and highlight the area of the clusters. K-Means uses random centroids, which means that each time it is run (typically for larger clusters), this may produce a different set of clusters.

Density-based spatial clustering of applications with noise (DBSCAN) based on density is a well-known data clustering algorithm widely used in data mining and machine learning. DBSCAN groups points that are near to each other based on a range measurement and a minimum amount of points based on a set of points. It also marks the points in low-density areas as outliers.

There are two parameters in DBSCAN: 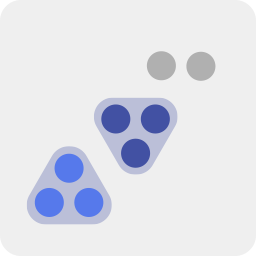 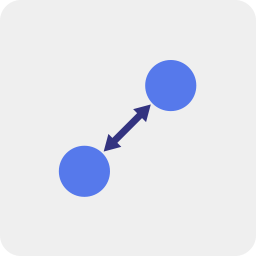 Specifies how close points should be to each other to be considered a part of a cluster. It means that if the distance between two points is lower or equal to this value (eps), these points are considered neighbours.

Ordering points to identify the clustering structure (OPTICS) is an algorithm for clustering data similar to DBSCAN. The main difference between OPTICS and DBSCAN is that it can handle data of varying densities. Clustering returned by OPTICS is nearly indistinguishable from a clustering created by DBSCAN.