With version 1.6.0 we are introducing a new security mechanism to the Vizlib Server called Security Rules Management. It's going to completely replace the current mechanism, so please read this article carefully.

In previous versions of the Vizlib Server, security was based on custom properties. Considering streams (either Teamwork - previously known as Collaboration - or Finance) you had three levels of  access: read, write and admin. Each of these was represented by a specific Custom Property value. In other words, if your write access custom property was named VZB_StreamAccess, user, in order to have access to the Stream 'My Stream' you had to set the value of that custom property equal to 'My Stream'. Of course, you did not have to set it up manually inside QMC - Vizlib Server allowed you to do that through the Vizlib Management Console (VMC).

There was one huge limitation to that solution - if you wanted to fully control your access, and your users changed frequently, then your admins had to continually update VMC as well. And that was the key factor leading to the introduction of Security Rules.

Security Rules can be defined in the VMC - there is a separate tab for it in the main menu. 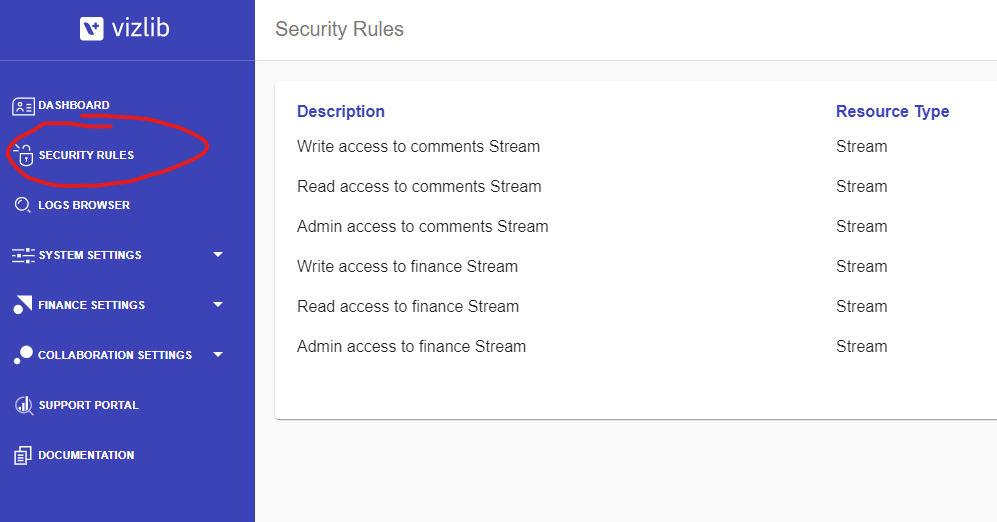 In order to create new security rules, click on the 'New Rule' button. Security Rules consists of the following items:

Below, you can find a few examples of security rules: 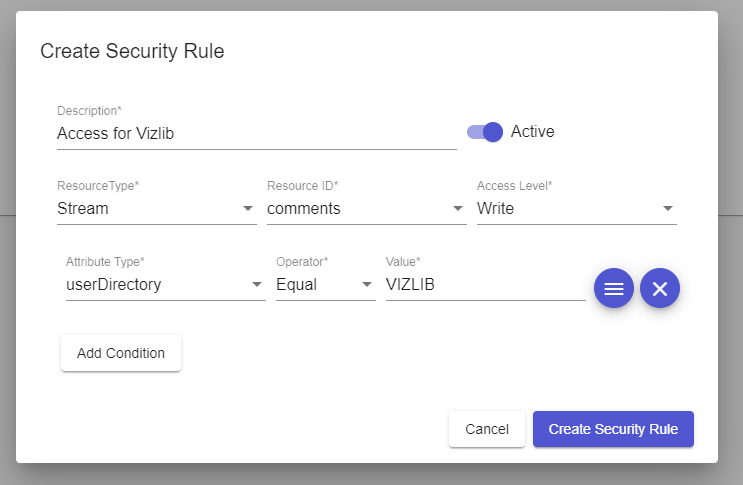 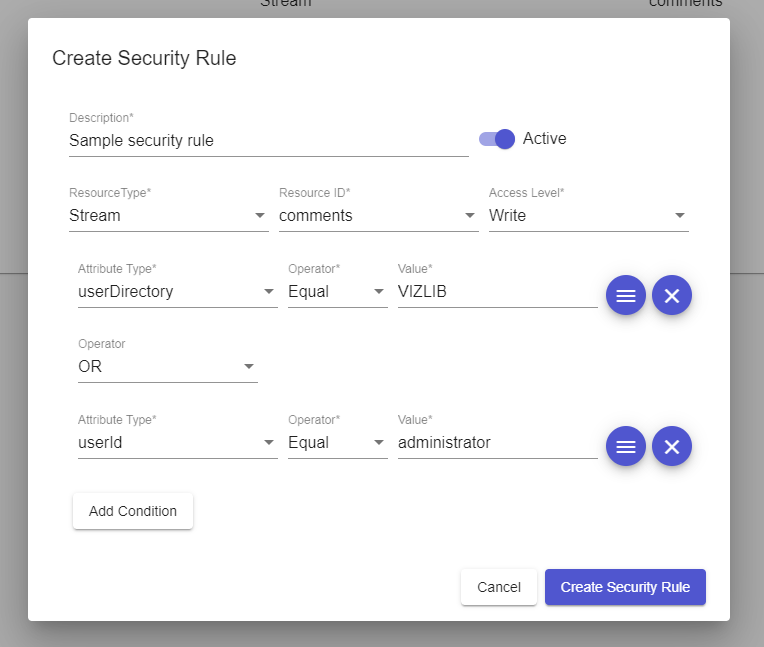 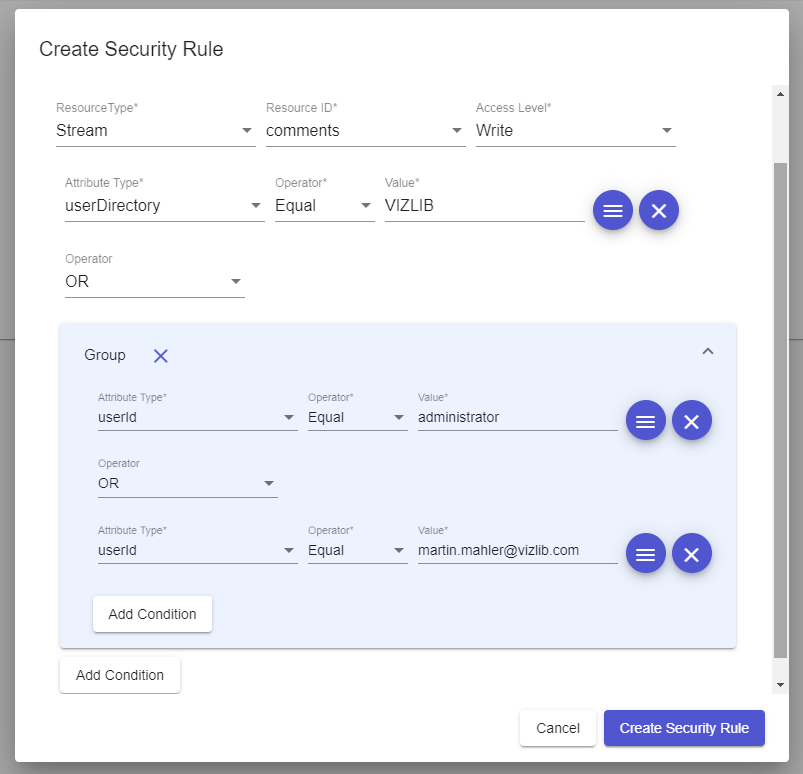 Each Security Rule may contain one or more conditions. By default, the security rule is created with only one condition but you can easily add more. There are several actions you can perform on a condition to group them in  unlimited ways.

Users with access to Vizlib Management Console can inspect user accesses as they did previously, inside either the Stream or Workflows tabs. One difference is that these screens are now read only - you can no longer assign access there.

If you had an earlier version of the Vizlib Server installed, a migration will occur during the upgrade. The migration will automatically create  certain security rules for you, based on existing custom properties. This will allow you to safely upgrade without the need to take instant action - at the end of the migration all user accesses will remain intact. These security rules will look like the example below. 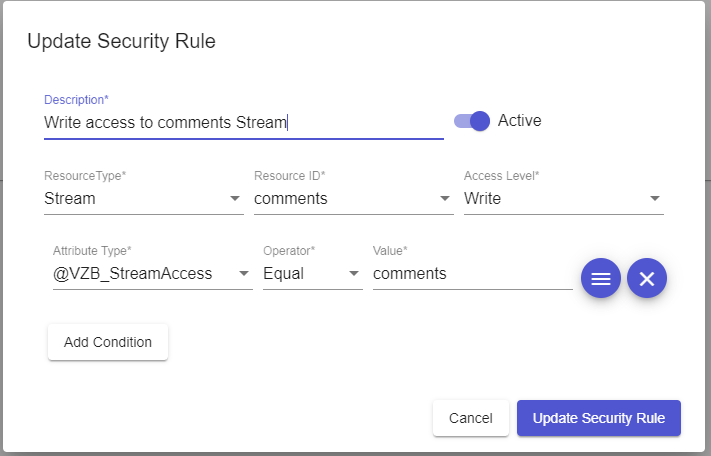